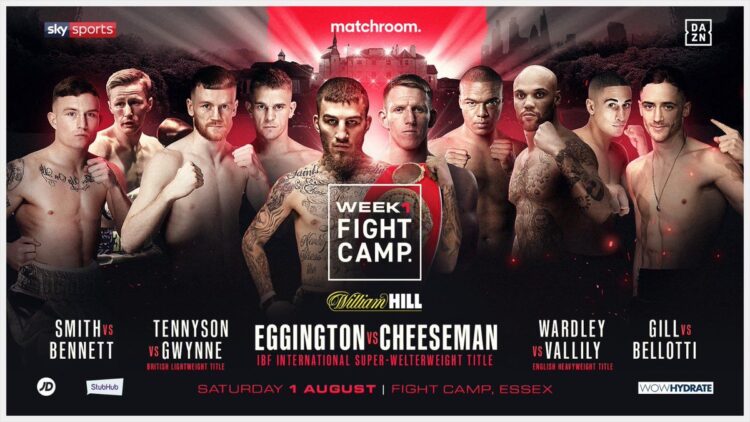 Matchroom Boxing returned to the promotional scene with a show in Eddie Hearn’s Brentwood backyard. The first of four Fight Camp outings was headlined by Sam Eggington and Ted Cheeseman. The latter won on points after 12 predictable rounds of non-stop, brain cell-bashing action.

Eggington took some shots in the second round and was rocked to his boots. Sam smiled, fired back and tried to get his boxing going as the rounds flew by. Eggington brawled his way back into the contest to tighten up the totals.

Sky analyst Matthew Macklin lauded the grit and determination of both men. It was decent fare and a rematch would probably be easy to make should Cheeseman want to go again rather than move on to bigger things.

“I’m a winner, I Iove winning. I’ve given my heart and soul to the sport,” said an emotional Cheeseman after the headline bout.

Wins for Wardley, Gill and Smith on the rest of the undercard

Jordan Gill was too sharp for Reece Bellotti, sweeping a unanimous points decision over 10 rounds.

Dalton Smith uncorked a cracking shot to finish Nathan Bennett in round five.